The Arc of a Life

The image of an arrow curving through its trajectory has come to me countless times as the metaphor for a life lived on earth. Kahlil Gibran stated in a poem that children were like arrows shot from the bows of their parents. I was in my twenties when I first heard that reference and now in my sixties I find that I am more humbled than ever by the image of the arrow arcing down toward earth as the decades of a life reaches its fruition. 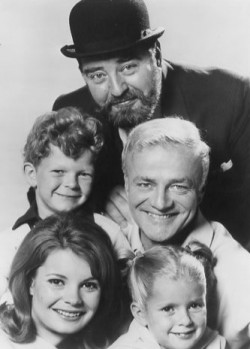 When I was eleven, my family moved to Illinois from upstate New York. I was excited about the move from the point of view of adventure. In New York, I had lived in an extremely quiet little village surrounded by dairy farms, and we moved to a suburb an hour south of Chicago. It was a flat, newly developed suburb with freshly built townhouse apartments surrounded by expansive lawns.

I was free to ride my bicycle all over creation, which I did, including riding in the road with traffic, and down cement stairs at the nearby shopping center. I was imitating Tommy Kirk riding his motor-scooter down some stone steps in Florence, Italy, like he did in the Disney movie, Escapades in Florence, (co-starring Annette Funicello!)

We moved the summer before the sixth grade. I was a tomboy, interested in wrestling, tree climbing, and laughing. This new community was enmeshed in a more traditional culture than I was used to, and I found myself having a hard time fitting in.

I had recently read the book Harriet the Spy by Louise Fitzhugh, about a girl my age who listened to conversations outside windows and wrote everything down in a notebook. She lived in Manhattan and was able to excel at her spying techniques by sneaking into people’s houses, or listening where she wasn’t detected. Her great humiliation happened when she lost the notebook, and her friends found it and read aloud to each other all the uncomplimentary opinions she had written about them. It was a book with great lessons in it, although I did not really understand its depth at the time. I was just interested in spying.

So I rode my bike around looking for intrigue and mystery and ended up coming up with very little that was exciting, except for a memorable relationship.

Sometime after I started school, a little boy started following me home. We all walked to school, even home for lunch and back. Safe times. Anyway, this boy had a freckled face and curly red hair, and his name was Leroy Liberty. He was smitten with me. I had never experienced anything like this.

To me, I was not even remotely attractive. I have no idea what he saw in me. Maybe he saw that I was brave and outspoken and “different.” I did not dress like the other girls. I did not know how to play Four Square and other sidewalk chalk games, because I grew up in a place without pavement. I recall someone actually calling me a “country bumpkin” once, although I do not remember the context.

So Leroy’s devotion and insistent declarations of love were perplexing to me, but rather endearing.

“Oh Kim, I love you so much,” he would say, and smother my hands with kisses. I laughed because he was so cute, but honestly, I could not imagine what he was seeing or thinking or imagining, except that he was compelled.

For weeks he followed me home from school, walking behind me until he caught up with me, and then he would seize my hands, declaring his love with a shower of kisses.

I told my mother about him. She thought he was adorable. He had sort of a Tom Sawyer appeal about him, kind of like Johnny Whitaker, who played Jody on the sicky-sweet television sap-fest, Family Affair.

To this very day I have no idea what kind of life Leroy Liberty had, and I don’t remember how our relationship ended–perhaps it was when my family moved to another suburb, and I didn’t have a chance to let our relationship bloom to a different level.

After all, he was seven, and I was eleven, and that’s a big gap. Back then we watched Marlo Thomas in the television show, That Girl and we saw the Monkees compete with the Beatles. It was a more innocent time, or so it seemed. I don’t know why I’m telling you about this. I guess I just want to thank Leroy Liberty for his unfathomable love. And when I think of him, I still feel the confusion and delight of his beautiful little heart. I hope he has had a good life. I was blessed by being a part of his arc.