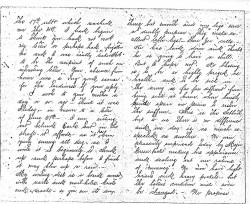 A while back my daughter and a dear friend of hers from New Zealand were talking and laughing during a Skype call. I walked through the room to get something and waved at the friend, over 9,000 miles away, who waved back.

So much comes to mind as I ponder the miracle of Skype, text messages, Facebook, email, telephones and all the rest. I’ve read countless books, myths and bedtime stories about people from bygone eras, who set out from their homes to find a better life, to fight in a war, or who were driven out by invaders. Thousands of people never saw their family, friends or neighbors again. People depended upon messengers, or mail service, which was not always dependable and was often slow. Letters were sent but of all the myriad of separated loved ones, how many could read and write? And of those who could, how many were endowed with the impetus to write letters? Some people are prolific writers, some people are simply not wired to express themselves by pen and paper.

Letter writing was the primary communication device between people until a hundred years ago. The speed of the development of technology is so dizzying that those of us who routinely use it hardly notice how special it is. I think of the great number of people who would have given anything to see a specific someone again – to hear their voice once more, or see their face. The finality of separation, even if both parties were still alive, seemed like a kind of death – especially if separated by oceans or continents. Lack of money or freedom, or both, has further prevented people from being reunited.

People could re-read letters, and re-experience the feelings sent in them. Since the time of the Civil War in the US, people could look at photographs too, which certainly helped. They could dream of loved ones, and those visitations may have seemed precious and real. People daydreamed, imagining persons and stories, or remembering moments with them, but that doesn’t compare with the person’s actual presence.

The fact that communication between people on our planet has become instantaneous and inexpensive, leads me to the question of how long it will take us to develop a device to communicate clearly with people from the spiritual world? There is so much controversy about that topic I won’t belabor it right now, but imagine if you could see your parent, your child, your friend again after they died – that you could know that they were alright and safe?

Think of all the grief and walled-off emotions, and psychological coping mechanisms that people have used to deal with separation from loved ones. I have seen movies and read books that have included scenes regarding a death, that involved the survivors ceasing to speak about the person and even removing photographs of them, and/or their belongings, and behaving as if they had never existed. If that person were able to communicate with the surviving loved ones and be reassured of their ongoing existence, many people would be consoled.

Communication in its various forms is one of the most highly funded aspects of our modern life. It sickens me a bit to think that whatever technology has been invented, that there are dishonest and dark-hearted individuals who have misused technology to benefit themselves monetarily at the expense and suffering of others.

I hope that creative people will continue to bring innovations to serve humanity. Hopefully human conscience will catch up in the process. I believe goodness will win out in the end. In the meantime, we might turn that phone off and revive the beautiful tradition of letter writing. I’m so glad I still have saved letters from old friends, from my parents, and letters exchanged between my parents from the 1940s. If we had only used text messages or phone calls in those days, there would be no record of the sweet details of life, the struggles, or the love expressed.