This is such an exciting time for music. Technological advances are allowing musicians to record their own music, upload it to various internet sites such as YouTube and MySpace and personal websites and allowing the fans to decide what becomes successful. It is incredibly liberating that radio stations and big record labels can't control the public's access to countless worthy musicians because of these internet options. My intention for MusicViews is to introduce music I love to people who may not have heard of a particular artist or CD. And, I hope to support the ongoing efforts of independent musicians. I want to spread the word and help make connections between musicians, venues and music lovers.

A word about submissions: My taste tends to run more toward the acoustic side of things. I like classical, folk, blues, jazz, Celtic and various iterations of each of those genres as well as what might be called alternative rock or indi music. I really don't care much for pop music, I never listen to pop radio, and don't care for the American Idol standard of songwriting or performance. I listen to National Public Radio for the most part. 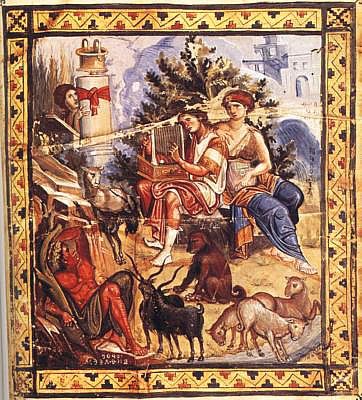 If I could attend a dream music festival and every musician of the last century could attend I would invite Scott Joplin, George Gershwin, Irving Berlin, Johnny Mercer, Richard Rodgers and Oscar Hammerstein, Duke Ellington, Cole Porter and all of the singers who interpreted their music like Frank Sinatra and Ella Fitzgerald and that whole gang. I would invite all the Mississippi Delta Blues musicians like Robert Johnson, Leadbelly, Muddy Waters, Sippie Wallace and John Lee Hooker.  I would want Elizabeth Cotten, Pete Seeger, Peter, Paul and Mary and Bob Dylan, Judy Collins and Joan Baez to be there. And then that group naturally spawns invitations to Joni Mitchell, Crosby, Stills, Nash and Young, Cat Stevens, Simon and Garfunkel, Carly Simon, James Taylor, John Sebastian and Tom Rush. And then there's the Beatles and Eric Clapton, Radiohead and Talkingheads. And Laura Nyro and Bonnie Raitt. And of course Rickie Lee Jones and Tom Waits. And then Buddy Miller, Shawn Colvin, Emmylou Harris, Patty Griffin, Steve Earle, Townes Van Zandt and Leonard Cohen. And Dan Hicks and the Hot Licks. And the McGarrigle family and the Wainwrights.

Boy, once you start a wish list it doesn't stop! And Enya, Clannad and Loreena McKennitt. Not to mention the newer generation of people like Jeff Buckley, Elliott Smith, the Shins, Sufjan Stevens, Alison Krauss, Gillian Welch, Madeleine Peyroux, Feist, Kings of Convenience, Fleet Foxes, The National, Laura Marling, the Smoke Fairies, Po' Girl, Voco and holy moly the list goes on and on. I guess it would have to be a nation of music not a music festival. And it would have to have all of the musical people of history populating it, playing and playing and playing until their fingers give out and their voices are hoarse and everyone has laughed, danced and cried themselves silly. Maybe Elvis would be King. And Queen could be Queen. And Prince would be there too. Ha ha. Although the mention of that royal threesome takes me into a realm of music that I don't really like that much personally. But somebody does.

I'm saying all this to underscore the fact that taste in music is a highly personal and passionate affair. I don't really care for pop music, rap, hip-hop, techno anything, modern country-western, hard, loud metallic rock music, and over-produced, twinkly, sappy stuff. I also don't want to hurt anyone's feelings or criticize a genre I don't care for. I believe that everyone has a right to play, listen to and love whatever music speaks to their heart. (even if it doesn't speak to mine!) Thanks for reading!

For information about how to submit music files or a CD for review, click here.
(Update, June 2020: I'm no longer accepting CDs for review until further notice.)

With love and honor for the gift of music, Kimmy Sophia Brown