Seeing this exquisite work of absolute beauty in St. Peter's Basilica was a highlight of my trip to Rome - and, traveling off-season that I could get up as close as possible was a huge bonus. It is deserving of its fame as the most famous and awesome statue in the world: the expression on Mary's face, the perfection of every muscle, vein, and nerve ... Michelangelo was only twenty-four when he carved his masterpiece - out of one block of marble. It was his only work that he signed (which he later regretted doing!)  Since 1972, it is housed behind bullet-proof glass due to a brutal attack in 1964 which took ten years to restore. (Photo and remarks by Maureen Spagnolo) 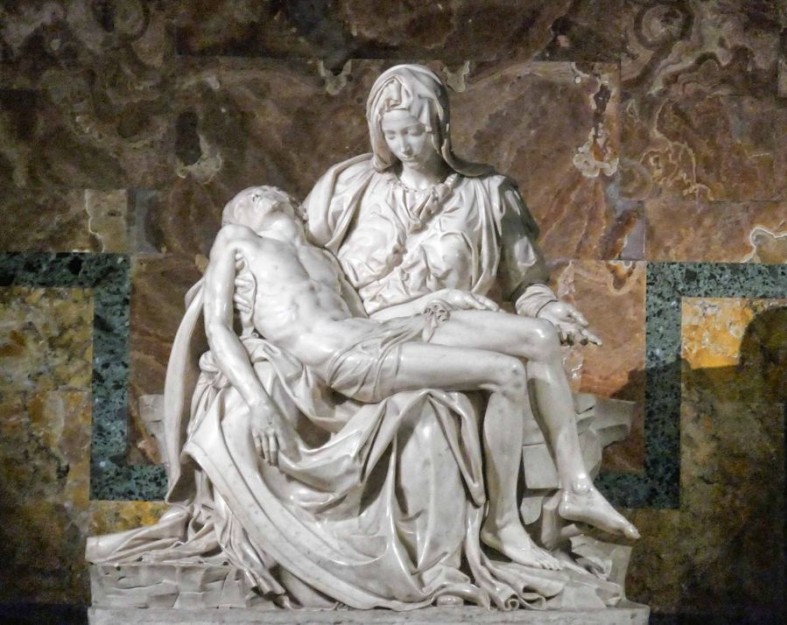