Virginia Woolf - On the Track of the Lost Novelist 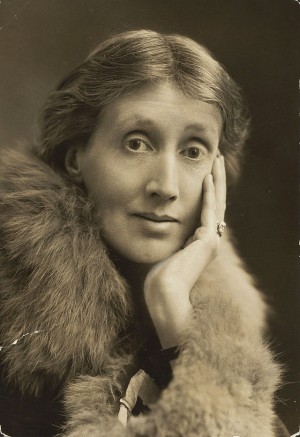 The following quote is from Virginia Woolf's book (also called her ‘extended essay’,)  A Room of One's Own:

“When, however, one reads of a witch being ducked, of a woman possessed by devils, of a wise woman selling herbs, or even of a very remarkable man who had a mother, then I think we are on the track of a lost novelist, a suppressed poet, of some mute and inglorious Jane Austen, some Emily Bronte who dashed her brains out on the moor or mopped and mowed about the highways crazed with the torture that her gift had put her to. Indeed, I would venture to guess that Anon, who wrote so many poems without signing them, was often a woman.”

Virginia Woolf was the daughter of Sir Leslie Stephen, who believed in formal education for his sons, but not his daughters. Despite that, Ms. Woolf became a respected and successful writer during her lifetime. A Room of One’s Own is a passionate extended essay about the plight of creative women in society. She argues that even though they were relegated to the status of second-class citizens, women have been as talented, as thoughtful, as intelligent, and have possessed the same creative potential as men. Ms. Woolf suggests that women might one day take on jobs thought of in her day as “men’s” work. Ironically, most of the jobs she muses about have become so.

Her concern for the fate of creative women continues to give both comfort and encouragement to creative women to this day. She suggests that all the unwritten poems and unwritten novels that wanted to be born through women of the past, may receive their voice in time.

Posted by Kimmy Sophia Brown
Image(s) from Wikimedia Commons
This is a picture from one of Virginia Woolf's own photo albums at Monk's House which were acquired at an auction at Sotheby's in 1982 .