The Holiness and Beauty of Night

From "The Outermost House: A Year of Life on the Great Beach of Cape Cod",
by Henry Beston 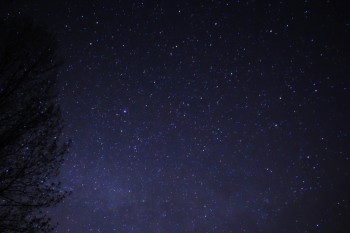 “Our fantastic civilization has fallen out of touch with many aspects of nature, and with none more completely than with night. Primitive folk, gathered at a cave mouth round a fire, do not fear night; they fear, rather, the energies and creatures to whom night gives power; we of the age of the machines, having delivered ourselves of nocturnal enemies, now have a dislike of night itself. With lights and ever more lights, we drive the holiness and beauty of night back to the forests and the sea; the little villages, the crossroads even, will have none of it. 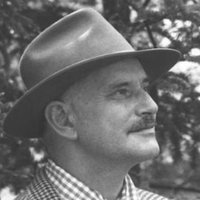 Are modern folk, perhaps, afraid of night? Do they fear that vast serenity, the mystery of infinite space, the austerity of stars? Having made themselves at home in a civilization obsessed with power, which explains its whole world in terms of energy, do they fear at night for their dull acquiescence and the pattern of their beliefs? Be the answer what it will, today's civilization is full of people who have not the slightest notion of the character or the poetry of night, who have never even seen night. Yet to live thus, to know only artificial night, is as absurd and evil as to know only artificial day.”

Henry Beston was born in 1888 and served during WWI. His experiences in the war led him to eventually spend a year in a small house on Cape Cod in 1928, where he wrote the environmental classic, “The Outermost House.” In the tradition of John Muir, Henry David Thoreau and Rachel Carson (who says Beston was a major influence on her writing) he wrote about nature in a deep and probing way. The book was one of the inspirations behind the establishment of The Cape Cod National Seashore. He was primarily a nature writer, but also wrote fairy tales and children's stories.

He married poet and children’s author Elizabeth Coatsworth and they lived at Chimney Farm, in Nobleboro, Maine, near Damariscotta Lake. He died in 1968. Gary Lawless, a close friend of the Beston family, is now heading up an effort to save Chimney Farm and preserve it as a national landmark. henrybeston.com/savechimney.html