Shout Out to Fiona Ritchie, Quiet Ambassador of Celtic Music

“It is very clear that Fiona is not interested in celebrity status, but is motivated by her love of Celtic music and a desire to share these treasures with people who don’t know about them.” Creative Scotland 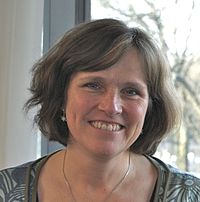 For over thirty years Fiona Ritchie has been hosting her wonderful public radio show, The Thistle and Shamrock. Her love for celtic music has taken her all over the world, meeting musicians, teaching the history of the songs and providing a peerless forum for countless singers, musicians, and keepers of the old traditions for an ever growing audience. For many of us living in North America whose ancestors came from the British Isles, it is an honor and a joy to be able to listen to the music of our lineages. And what a joy as well to share our heritage with others and to continue on with the partnerships and fusions of other musical wells from around the globe.

Just yesterday I listened to one of her shows entitled Myths and Legends in which she played a song called Highland Mary recorded by James Malcolm. The lyrics are from a poem by Robert Burns about his love, Mary Campbell, who died prematurely. I replayed the song about five times, sobbing through it every time resonating with the grief of Robert Burns over his lost love, as well as the sensitive rendition by James Malcolm. And that's just one of a thousand examples of times when I was done in by the incredible music she played for us.

We want to thank Miss Ritchie for her faithful, quiet work, and for the actual years of joy we have received tuning in to her show. You can listen to her program on many public radio stations, as well as on her streaming channel, Thistle Radio, at http://thistleradio.com/.