Father Bede Griffiths - I was suddenly made aware of another world

Bede Griffiths, 1906-1993, was a British-born Benedictine monk and priest who lived in ashrams in South India and later became known as Swami Dayananda. 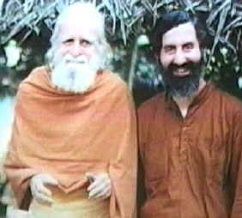 “I was suddenly made aware of another world of beauty and mystery such as I had never imagined to exist, except in poetry. It was as though I had begun to see and smell and hear for the first time. The world appeared to me as Wordsworth describes with “the glory and freshness of a dream.” The sight of a wild rose growing on a hedge, the scent of lime-tree blossoms caught suddenly as I rode down a hill on a bicycle, came to me like visitations from another world. But it was not only my senses that were awakened. I experienced an overwhelming emotion in the presence of nature, especially at evening. It began to have a kind of sacramental character for me. I approached it with a sense of almost religious awe and , in a hush that comes before sunset, I felt again the presence of an almost unfathomable mystery. The song of the birds, the shape of the trees, the colors of the sunset, were so many signs of the presence, which seemed to be drawing me to itself.”

“Atheism and agnosticism signify the rejection of certain images and concepts of God or of truth, which are historically conditioned and therefore inadequate. Atheism is a challenge to religion to purifiy its images and concepts and come nearer to the truth of divine mystery.”

Father Bede Griffiths, born Alan Richard Griffiths, was an extraordinary priest who became a Hindu Swami. His heart was full of love, grace, and humility. The quotes we've included here reflect the beauty and purity of his feeling as well as his broadmindedness and lack of denominational or dogmatic thinking.