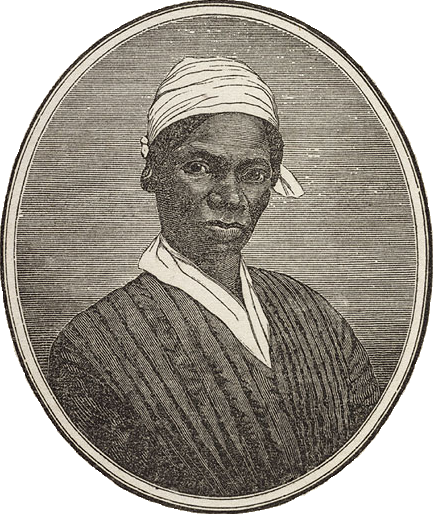 The quote below is from the Introduction of the book, Ar’n’t I a Woman? Female Slaves in the Plantation South, by Deborah Gray White:

When Sojourner Truth took the podium at the Akron Ohio Women’s Rights convention she was greeted with boos and hisses. It was 1851, just nine years before the Civil War ...

Truth’s supporters secured her a place on the program and her very first sentences served notice that she would talk about women’s rights without ignoring the equally controversial topic of the abolition of slavery:

“Well chilern, whar dar is so much racket der must be something out of kilter. I tink dat ’twixt de niggers of de Souf and de women at de Norf all a talking ’bout rights, de white men will be in a fix pretty soon.”

Having launched her indictment of the status quo, Truth proceeded to draw on her own slave experience to demonstrate how slavery and racism made a mockery of the logic upon which sex discrimination was based:

While researching this quote I read that this transcription of Ms. Truth’s words were recorded in this way by a Mrs. Frances Dana Barker Gage twelve years after the event. There is some question as to whether Ms. Truth actually ever posed the question, “Ar’n’t I a woman?” Furthermore because she was a slave from the North (New York state) and because Dutch was actually her first language, there is doubt that she spoke in the vernacular of the southern slaves as suggested by the quote.

A Mr. Marius Robinson, a writer for the Anti-Slave Bugal, printed a transcript of her talk two weeks after she gave it,but included no mention of the question “Ar’n’t I a woman?”

It is important to consider what in fact actually happened to Ms. Truth personally, and the accuracy of the contents of her speech. Still, the quote from a rhetorical context speaks to the myriad of other slave women who did speak with a Southern dialect, and were subjected to the lash, and did have their children sold and lost, and who were treated as less than human, and less than white women.

Sojourner Truth was born Bell Baumfree in 1797. She had a spiritual experience at the age of forty-six when she took the name “Sojourner Truth” and began her life’s work speaking out for women’s rights and against slavery. She told her friends, “The Spirit calls me and I must go.” She met Harriet Beecher Stowe, William Lloyd Garrison, and Frederick Douglass during her work.

When she died at the age of eighty-six, 3000 people attended her funeral near her home, at the Battle Creek, Michigan, Tabernacle.