On the opening page is a dedication that reads:
“To all of you discovering the oneness of the whole and the wholeness of the one” 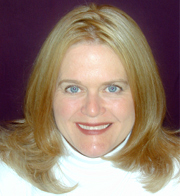 I went for an energy healing in March of 2012, and the healer led me through a meditation that brought me back to a moment in my early childhood when I was humiliated by punishment. She encouraged me, as she put it, to ‘champion’ for my young self - to go into the memory as my present adult self and care for my small child self. It seemed like a simple enough exercise, but contained a powerful key for ongoing self-healing.

I continued to reflect about my life after the energy healing, looking for ways to release emotions associated with the trauma that I remembered. While driving to a meeting a couple of days later, I felt inspired to stop at a second hand bookstore. I walked directly to the metaphysical section at the back of the store and felt drawn to open a specific book, which turned out to be, Personal Power Through Awareness. It fell open to a page with a quotation that said,

“Pain is only triggered by another person when there is already pain within you.” 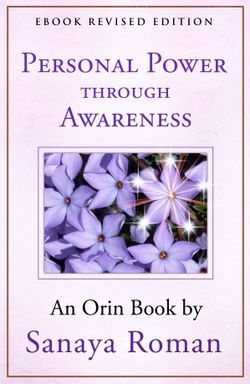 That quote is from a chapter entitled, “Handling Pain”. It spoke to something I was feeling deeply that day. I bought the book and read it from cover to cover in a few days. Since then, I’ve read it through three times, and have re-read specific sections numerous times. I can honestly say I can’t recall ever having read a book that so thoroughly spoke to me on so many levels. Sometimes I’ve read entire chapters aloud to Peter. There is a tremendous amount of wisdom in every paragraph; so much so, that a casual read is virtually impossible.

One example that stands out, relates to when I am troubled by a recurring thought – especially involving my ‘inner critic’ that negates me, by judging me for my actions, thoughts or words. It could be something I have done today, or even years ago, that causes me emotional pain when I think of it. In the section, “Bringing the Unconscious into Consciousness”, I found the following quote to be tremendously helpful:

“To bring the unconscious to consciousness, focus on finding the light around any situation. You will find answers coming, without the need to use your mind to analyze and think. If you want an answer, imagine that you hold the situation in your hands. Imagine light coming into that image, and then release it to your higher self or a to a higher being in the universe.”

The act of visualizing light (and I want to add here, in my case, I like to imagine the light of God’s divine love) pouring into a sad or dark memory creates a palpable change in the way I feel about it. I am able to not only forgive myself (or others) but also to place the thought into a healthier context.

I used this technique to mentally catalogue my way through my life – calling up and stopping at various painful memories when I felt shame, sorrow, grief, misery or other negative emotions. I then imagined divine sunlight pouring down on me, filling me, and filling the other people and situations with light. I have felt a shift in my attitude about those situations and memories each time I have allowed myself to envision them infused with light.

“There are currents of energy that circle the planet and you can tap into them anytime you want. If you want physical energy you can breathe deeply and imagine that you are connected to the flow of all the people who have an abundance of vitality. At one time there are millions of people focused on certain ideas. There are photographers, writers, meditators, spiritual people, to name a few, and you can use their energy broadcast to increase or bring into yourself whatever you want.”

When I pray and meditate, I can ask to connect with the rest of the people who are at that moment praying for peace, or who want to help the environment, or children, or who want to accomplish their creative goals. I can plug into the wave of everyone who wants to serve the world and all of us can share inspiration and energy. Also when I feel stuck creatively, I can tap into the flow of others who are allowing their creativity to flow.

This book has an oracular quality for me, too. I can pray for a moment and open it and find deep wisdom and guidance on any page. I realized that because I have been a very sensitive person all my life, I have been and can easily be affected by other people’s energies and emotions. I have learned to be aware that when I feel depressed for example, that sometimes I’m picking up on other people’s feelings and am affected by their moods. It’s important for me to start the day with prayer and meditation centered on God. Feeling gratitude and sending out love to other people, and the environment around me, can not only protect me but also help raise the atmosphere for others. Instead of being an emotional ping-pong ball, tossed around by my own moods or the moods of others, I can be proactive and use prayer and visualization to help center myself and to improve the surrounding atmosphere.

Something I learned regarding telepathy is that we are all telepathic on some level. Sending and receiving energy on an emotional level is the most powerful, primal, and common way that people experience it. For years I’ve noticed that I’ve hated crowded places like festivals or downtown areas. I’ve never liked shopping malls or airports either. This book helped me to understand that I am sensitive to the feelings and thoughts of others – so much so, that my moods can erratically shift between numerous extremes in a single day. Prayer and meditation have helped me to stabilize now but when I was a teenager or in my twenties I often felt emotionally similar to the last person in line of a game of crack the whip. I had no idea why I felt the way I did and it caused me untold misery and confusion.

This past Christmas season I was driving on a downtown street a few days before Christmas. Out of nowhere a pressing feeling of foreboding came upon me – a dark force of gloom and depression. I felt like I wanted to cry or die. No event had happened to me that day to cause such feelings. When I came home I said to Peter, “I feel so sad, so devastated, and I don’t know why. I wonder if I’m picking up on other people’s feelings?” As soon as I named what I thought it was, the feeling vanished. It was as if I broke the transmission by identifying the cause. The book mentions that a way to protect oneself from low level, emotional energy is by learning to focus on higher energy centers. Personal Power Through Awareness has dozens and dozens of helpful suggestions and guidance to help someone like me to navigate through the waves of junky emotions that roll over this planet every day. I wish I’d found this book twenty-five years ago, but at least I found it this year!

I’m grateful I was led to it, and I want to thank Sanaya Roman and Orin for taking the time to succinctly express all this wisdom and practical advice with such warmth and simplicity. I’m indebted to them for helping me on my spiritual path.